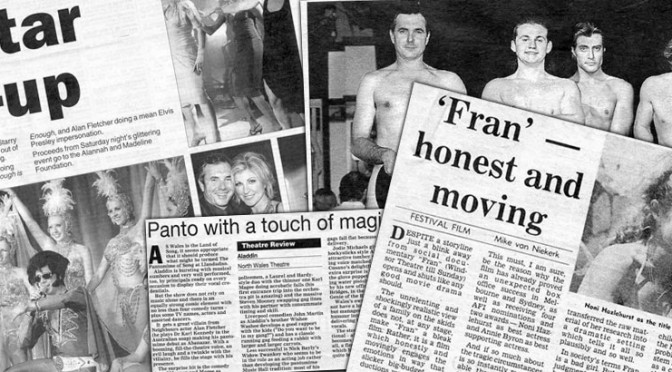 This section is for members of the Media requiring photos of Alan Fletcher, as well as housing any official press documents. Please contact us if you choose to use any of the documents or images from this section of the site.

To millions of people all around the world he is Doctor Karl Kennedy from Australia’s longest running drama “Neighbours”. Alan has portrayed the role of Dr Karl for 25 years of the programs 29 year history.

An actor for over 30 years Alan has performed in over 60 theatrical productions, numerous television programs, mini-series and feature films and written and performed for radio drama and comedy.

Alan has gained a reputation as a fine music theatre performer and it was his interest in music as a guitarist and lyricist that inspired the creation of his rock band “Waiting Room” with friends Tommy Rando and Chris Hawker. Waiting Room released their debut album “In the Waiting Room” in May 2005.

In addition to his acting, Alan pursued a career in photography specializing in portraiture. In that time he gained a reputation as one of best headshot photographers within the Performing Arts community in Melbourne, Australia.

ALAN PHOTO DOWNLOADS
PLEASE NOTE: these photos are meant for members of the media only and are copyright © Alan Fletcher.

Click on the thumbnails below to preview each photo.  You can download a hi-res version for print media via the links listed below the Gallery.

Alan Press Photo Zip File Download
PLEASE NOTE: All the high-quality versions of each photo are zipped for download. Just right click the links listed below  the gallery, choose “Save As” and save to your hard drive for use. You will need the Winzip program (or equivalent) to unzip each photo to it’s original .jpg state.